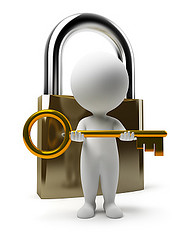 It’s hard to open a paper or read any news  article without running into another security breach headline like “Fed’s anger grows over data breach, amid fears that the number affected could rise.” (Washington Post June 28, 2015) or (WIRED Magazine’s June 13, 2015 article) “WHY THE OPM BREACH IS SUCH A SECURITY AND PRIVACY DEBACLE.” Our networks and computers seem to be under constant attack from malicious hackers bent on stealing all they can get their digital tentacles into.
The fact that hackers are always testing, lurking and probing for new ways to get into our systems can make the average user weary of security. The truth is that most of all security breaks are often a direct result of human error.

This past weekend, Woolworths (an Australian grocery chain) accidently emailed a list of 8,000 gift cards, with customer information and redeemable codes, to a list of shoppers who had purchased a discount card from a Groupon sale. Instead of receiving a PDF with an electronic voucher from the grocer, many customers were emailed a master list with information for over $1 million in vouchers as reported by Australian Based Fairfax Media. In 2011, Robin Seggelman, a German computer programmer, made a coding error, really just a typo, that resulted in a backdoor into supposedly secure sites. You have most likely heard of it: “Heartbleed.” It even caused the Canadian Revenue Agency to temporally shut down its website. Joseph Brean National Post

Companies and individuals are going to have to work harder to avoid these errors. Through proper training and simple education, subjects like email phishing and proper password protocols can be explained so that users will be less vulnerable to their own mistakes.